Leæther Strip released a new song called “A Heart So Divine (For Kurt).” All proceeds of the song go towards healthcare for Claus Larsen’s husband, Kurt.

Buy it on Bandcamp now.

The lyrics for “A Heart So Divine” are displayed on Bandcamp, and the song is clearly a very sweet tribute from Claus to Kurt. Additionally, the music is by Gary Watts from Nature of Wires, who produces great synthpop music. So this may not sound like a traditional Leæther Strip track.

Leæther Strip is nothing short of a legend in industrial music. He’s been releasing music since 1989 and is known for classic songs like “Strap Me Down” and “Japanese Bodies.” His most recent release is Æppreciation IV, a collection of covers that includes songs originally by Bjork, Depeche Mode, Billy Idol, and others.

Kurt is on dialysis and needs a kidney transplant that Claus will be donating. But they’ve suffered a number of setbacks and are facing significant medical costs. Your support will really help them out. 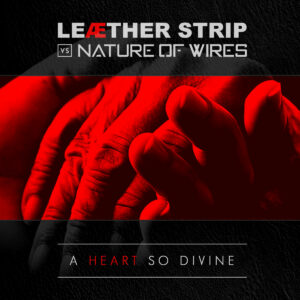 Listen to Rotersand’s new album: How Do You Feel Today

Synthpop goes to the movies