Wolfsheim is one of the most influential and beloved bands of the dark synth genre. After the band dissolved in 2005, lead singer Peter Heppner went on to enjoy a remarkable solo career.

But there’s another member of Wolfsheim who was responsible for the band’s lush electronics. Markus Reinhardt has been mysteriously quiet in the decade-plus since Wolfsheim ended, though he has done remixes for bands such as Mesh.

Today comes news that Reinhardt has formed a new project called Renard, signed to Metropolis Records, and announced the release of his debut album. It’s called Waking Up In A Different World, and it will be released on October 9.

Reinhardt says, “The end of Wolfsheim motivated me to reinvent myself. A process that was urgently needed. With Renard, I’m more with myself. My album combines the sound and mood of the ’80s with the stylistic devices of today.”

On Facebook, Renard has been teasing an album since March 2018. There’s also a brief video that features clips of three songs. They definitely have the sound and drama that will appeal to Wolfsheim fans.

The first snippet is clearly upcoming single “Travel in Time,” and it actually sounds a lot like Peter Heppner singing, though that seems unlikely given their acrimonious history. Another track features female vocals, so it’s not clear yet who is performing vocals or if all of these songs will make it to the upcoming album.

You can listen to the clips here. 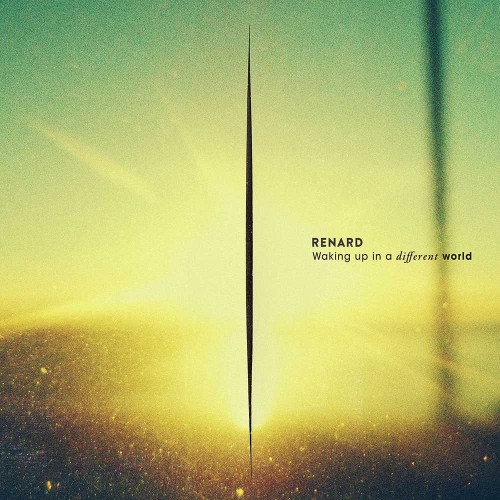 Is this first single “Travel in Time”?

Apparently, Markus Reinhardt has already released the single “Travel in Time” in 2010 under a different name, Comfortable Cave Goodbye. It was the short-lived project’s only song. You can find it on Amazon and Youtube.