Listen to the debut song from Chris Pohl’s new project, She Hates Emotions

Chris Pohl, frontman of the very famous German band Blutengel, has a new solo project called She Hates Emotions. His debut song, “See the Light,” is out now.

He describes the project as “minimal ’80s synthpop.” The song is very catchy. It’s definitely on the gloomier side of classic synthpop, reminding me a bit of Visage or Camouflage, and those “whoa oh oh”s were staples of the ’80s.

In addition to releasing the new song, She Hates Emotions announced its debut album. It’s called Melancholic Maniac, and it’s coming May 15.

Chris Pohl says, “The songs deal a lot with the fear of being abandoned or with loneliness in general, with love and death.”

Here is the complete tracklisting for Melancholic Maniac: 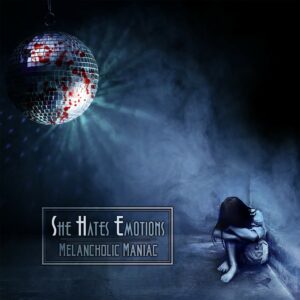