Empathy Test is preparing to release their third studio album. It’s called Monsters, and it will be released on May 22.

The London-based synthpop band is completely independent, so they are launching a crowdfunding campaign on Indiegogo to help raise the funds to self-release Monsters. Fans who pre-order the album on digital, CD, or vinyl can receive mugs, bags, t-shirts, video calls, handwritten lyrics, and a limited number of signed items. Support Empathy Test here.

Monsters will include the previously released songs “Holy Rivers,” “Incubation Song,” and “Empty Handed.” You can find all those songs on Bandcamp and Spotify.

Empathy Test is also planning to release a brand new single, the title track “Monsters.” The cover art for this song is fantastic: 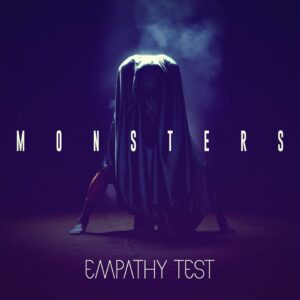 Preview the upcoming double album from My Love Kills