Chicago’s Panic Priest has a new song out called “Lonely City” that feels very now. It’s a song about separation, and the music video was self-filmed by more than 30 people dancing in their homes during quarantine. I love seeing so many different types of people come together like this.

These lyrics really capture the stressful times we’re living in:

In a lonely city I can’t be around.
It will tear you up before it tears you down.
Heaven dreams that you’re safe and sound.

Jack Armondo of Panic Priest wrote the song in 2019 while going through a difficult time in his life, but it’s suddenly taken on new relevance. For the music video, he says he reached out to over 30 friends and fans who are all staying home due to COVID-19. “I was thrilled with the responses I received. I can’t tell you how much it lightened my mood to see video after video of people just letting go and forgetting about their problems, if only for a few minutes.”

“Lonely City” is the second single from Panic Priest’s upcoming album Second Seduction. He previously released a very seductive song called “Nighthunter” that is about cruising for sex after dark.

Second Seduction is out on May 1. You can pre-order it at Bandcamp.

Here is the complete tracklisting: 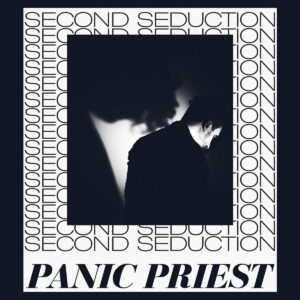