One of the most anticipated synthpop albums of the year now has a visual. Empathy Test released the cover artwork for their third album, Monsters, and it looks gorgeous.

The art is by bandmember Adam Relf. It continues an Empathy Test tradition of featuring powerful images of women on their covers.

Monsters is coming May 22. You can pre-order it at Bandcamp. 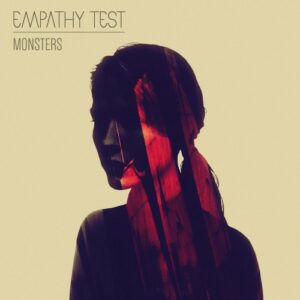 The title track, “Monsters,” will be released as a single on April 24 with a music video to follow.

Get ready for Gothicat Festival!