Wrapped in Riddles is out today. You can find it on Bandcamp and Spotify.

It’s a blast! The beats on this feel really powerful, like high-energy dance cuts. Favorite tracks upon first listen: “Such Great Expectations,” “In the Absence of Logic,” and album closer “Oslo.”

Brooklyn-based synthpop duo The Mystic Underground are set to release their next studio album, Wrapped in Riddles, on November 13.

You can pre-order Wrapped in Riddles on Bandcamp.

The Mystic Underground’s compelling approach to synthpop feels both retro and current, a feat they pull off by incorporating influences far and wide, from early New Wave and industrial to latter-day house. They should appeal to fans of classic bands like Erasure and Pet Shop Boys as well as modern synthpop artists like Lust for Youth.

We’ve already heard one track from Wrapped in Riddles, a pulsating number called “The Fixer” that premiered on Post-Punk.com. The music video, filmed during the COVID-19 lockdown, features apocalyptic images of a barren New York.

Here’s the cover art and complete tracklisting for Wrapped in Riddles. 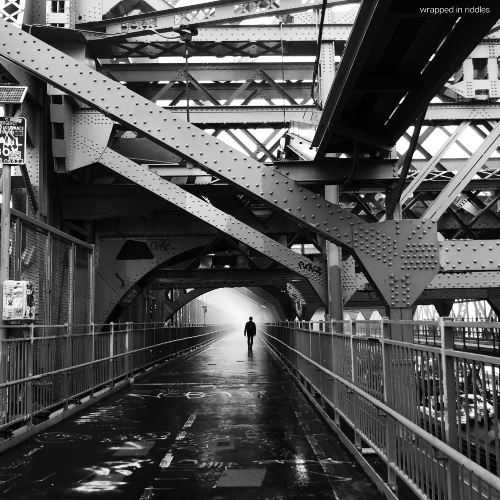 10 new songs out today you should hear